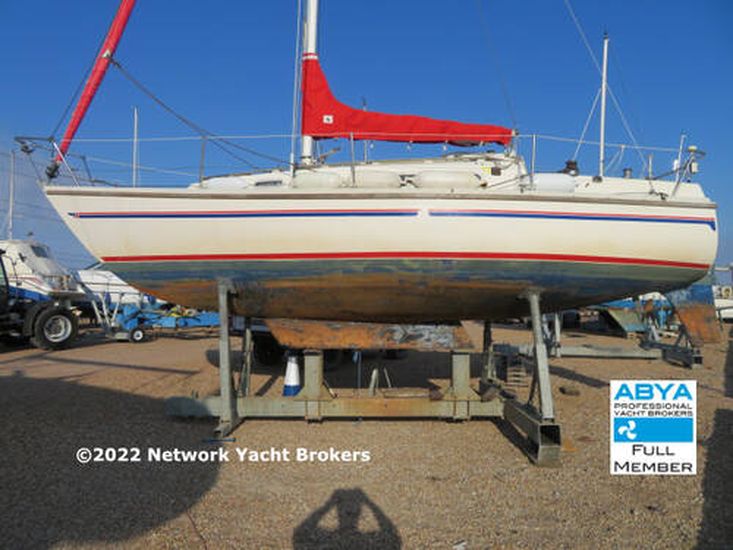 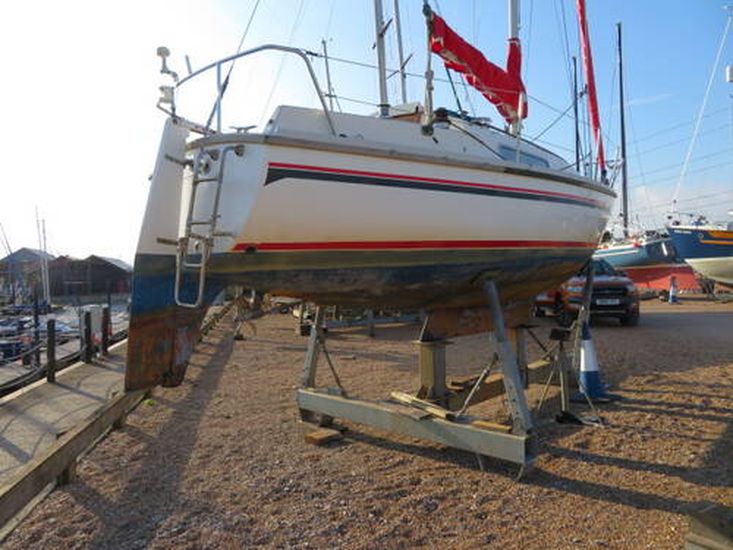 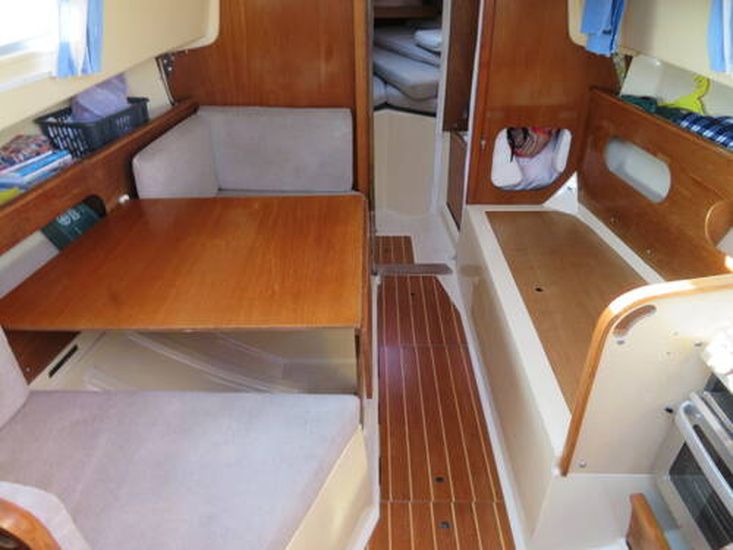 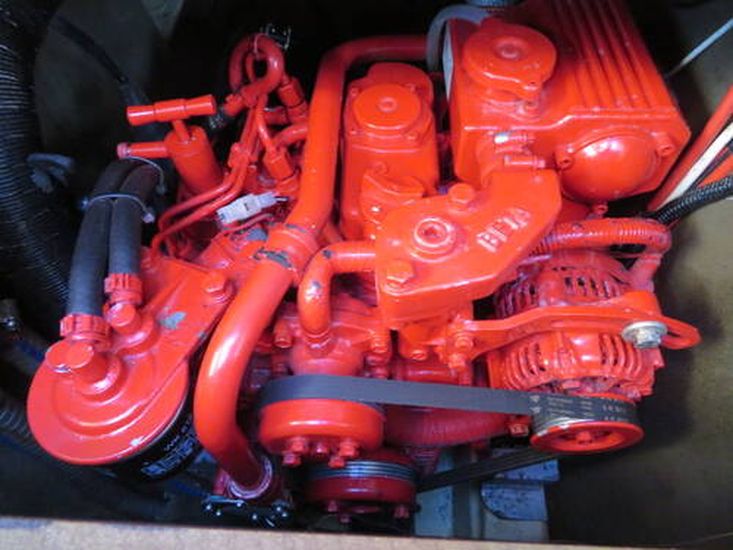 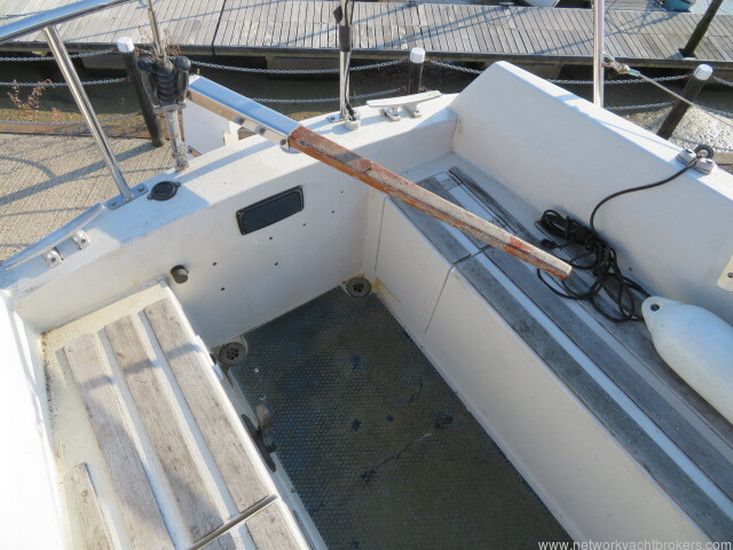 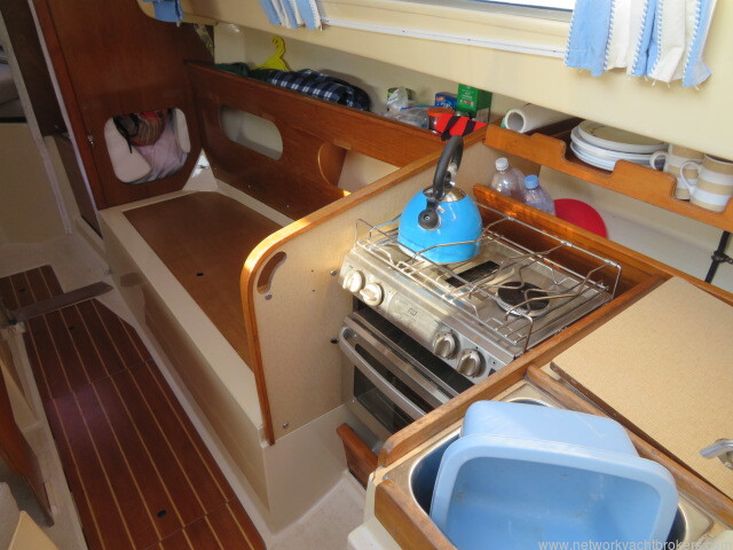 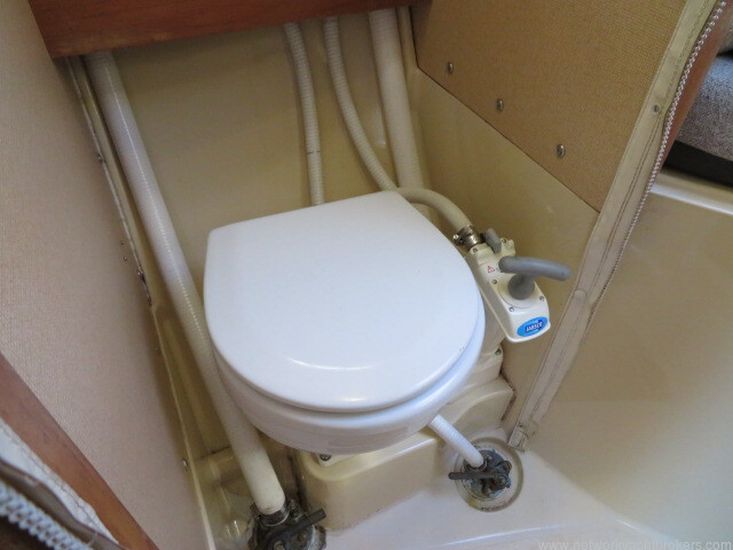 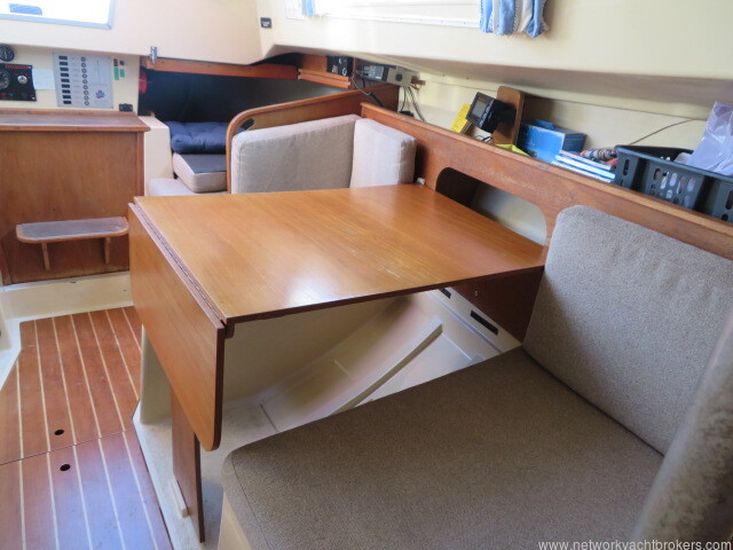 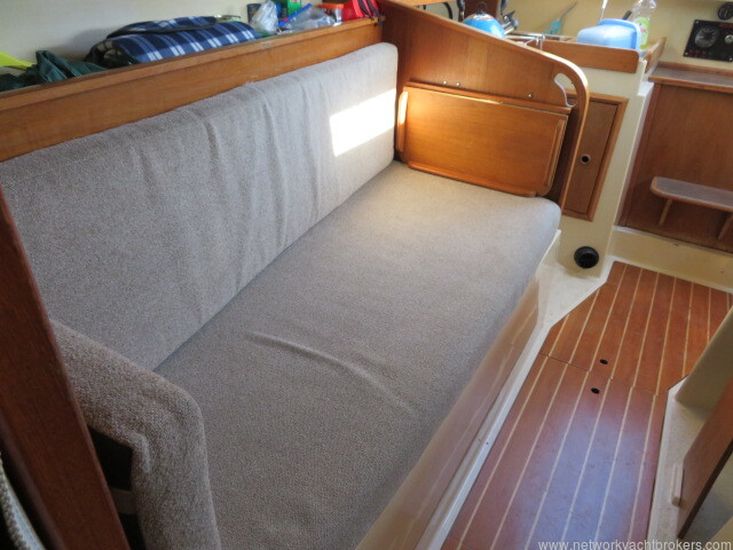 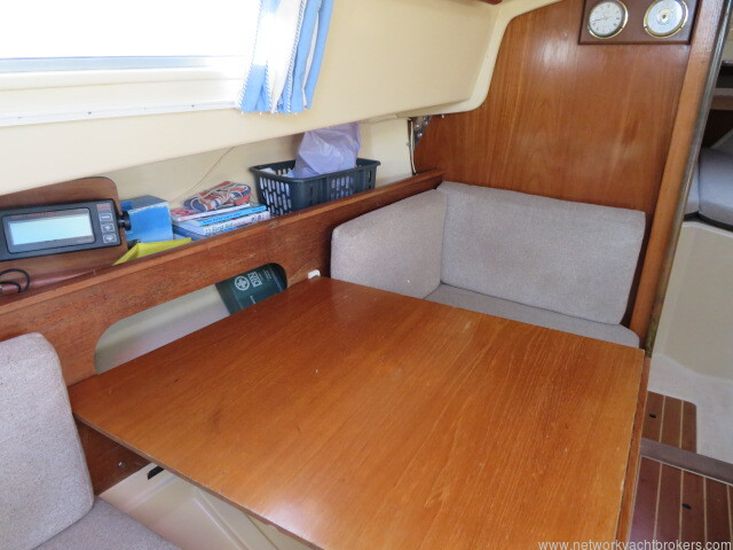 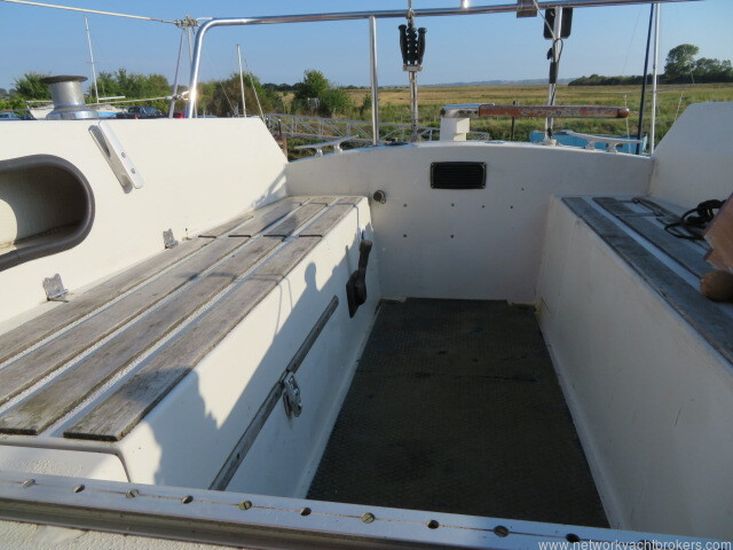 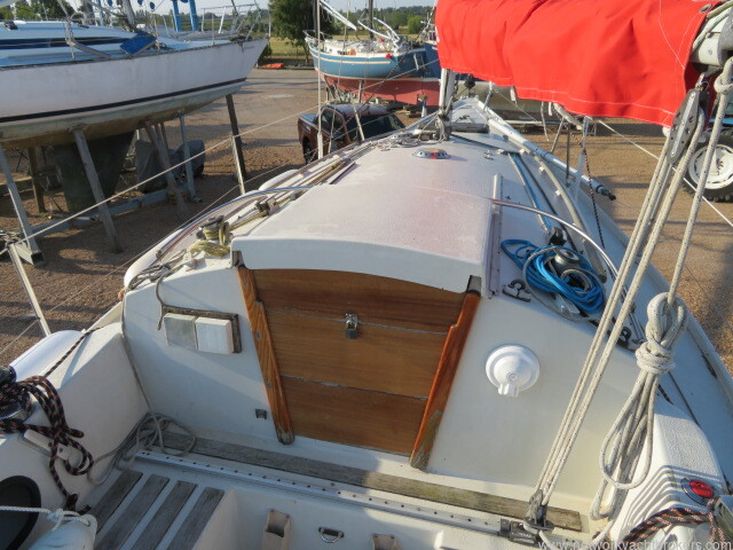 The Sadler 26 is a very popular small family cruiser, a winning combination of space, performance and seaworthiness. This example has the lifting keel which is ideal for the East Coast of the UK. This good example has been carefully maintained and continuously upgraded and is offered for sale in good condition. The yacht requires a new lifting keel plate to be made - hence the asking price. An early viewing is recommended.

The Sadler 26 is a 2-cabin cruiser, which can sleep up to 6 people. There is a twin v berth forward, It has storage underneath the berth and an opening hatch to the forward deck.


Aft of the forward cabin is heads with has a marine toilet with a hanging locker opposite.


In the saloon is a table off-set to Port which drops to make a double berth and a single settee berth to Starboard. There is a quarter berth to Port.


The galley to Starboard has a gimballed two burner gas hob with oven and grill, this was fitted new in 2012, a cold box as well as dry storage. This is sink with manually pumped cold water. Original Sadler crockery.


The upholstery is Taupe/grey in colour and the headroom is between 5ft 6ins and 5ft 8ins throughout. The yacht has an Eberspaecher diesel cabin heating system fitted that has never been used or tested.


There is a large cockpit for the size of the yacht which has storage lockers and a gas locker.


- Anchor, Bruce with chain and warp

- Cockpit Dodgers with name on in fair condition.

This Sadler 26 lifting keel version was built in 1986 and commissioned in1987. It has a white natural gelcoat hull, topsides and superstructure. It has tiller steering, with a skeg rudder. This yacht has had three previous owners and has been owned by the current owner for the past eight years. The vessel was last surveyed in 2014 and all of the recommendations completed. The yacht is currently ashore in Swale Marina as it requires a new lifting keel plate to be made - hence the asking price.

This Sadler 26 has a single Beta 16HP diesel engine which was fitted new in 2012. Water cooled with a shaft drive to a fixed 2 blade propeller. It has a stainless steel 15L fuel tank. It will maintain a cruising speed of 4.5Knots and has a max speed of 5knots. The engine was last serviced in 2018 by Portsmouth Marine with a renewed fuel filler replacement at Swale Marina in 2020.

2x 12v batteries, (1x domestic and 1x engine); both replaced in 2019 and charged via the alternator.


Bermuda masthead sloop with an alloy mast and manual backstay adjuster. All standing rigging was replaced in 2012. The running rigging has been replaced as required. The mainsail has slab reefing with a Harken furling head system that was replaced in 2012. Carrying 6 Lewmar winches and a complete set of sails and additional mod cons, such as a mainsail cover new in 2017 and an awning for the boom.

Boats for sale
by continent

Boats for sale
by country